Memories from growing up in Trinidad 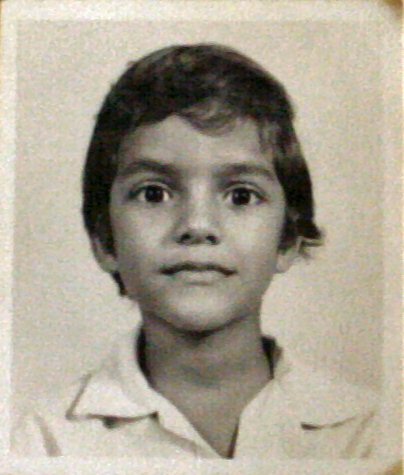 So many memories. So many good memories. Where to start? What to write about? It's 317 am on a Wednesday morning and I am thinking about doubles for breakfast this morning. I remember the doubles man that sold outside San Fernando ASJA primary. You could even buy a singles. I remember the doubles from the cafeteria in St. Mary's College. That up north doubles was different. The bara was more yellow and more fluffy.
Back to San Fernando. A big part of my younger years was spent in San Fernando at my uncle's place. They owned a chicken depot. I remember eating bread, butter and tea for many breakfast. I remember the chinese parlour next door where I would go to buy the Kiss bread. Madame Lee would total my purchase using pen and paper. I remember watching Madonna music videos on the tube TV in the living room. I remember the empty streets and silence the day the Strike Squad played USA. All we needed was a draw to go to Italy and everyone was inside and glued to their TVs. I went to maktab. I played cricket in the streets sometimes. I had a container of marbles. At the end of standard 4 I returned north to stay with my mother. I attended St. Joseph TML primary.
North life was different. More hustle and bustle. I took the maxi taxi to and from school. I remember the pounding dub music in the maxis. I remember listening to Apache Indian at my aunt's home in Valsayn. Now Valsayn was a nice and posh neighbourhood. Yards with lawns and neatly landscaped. I could walk to Valpark. Valpark had a nice chinese food place and a nice bakery. My grandmother on my father's side was Portuguese. My grandfather was French. On my mother's side is Indian.
In those days you were lucky if you had a coloured TV. You were lucky if you had a telephone. Cassette tapes were common. Betamax and VHS tapes were the norm. Movie video rental places had satellite dishes and if you were rich you had satellite TV at home. Lucky for me St. Mary's College had a computer lab where I got my first taste of the PC and later on the internet.
We have progressed a lot since my time growing up and years from now when AI and robots are doing all the work while we sip pina coladas on the beach we would have progressed some more. Looking back has me thinking that there is so much that we take for granted. Let's appreciate things. The small things. Each other.
Life Trinidad