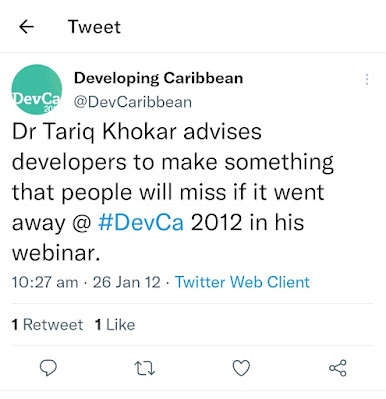 I started this blog post in my head on my way to the doubles man this morning. Twitter was trending on Twitter late into the night and this morning. Oh the irony. I was kept awake by the tweets and I went to sleep at about 2am. Many were left to wonder if this was going to be the end of Twitter. Twitter was bought by Elon Musk and some investors. Elon brings his style of control and his ideas. He promotes free speech and has been controversial in words and actions. Twitter has lost advertising revenue, cut staff and experimented with the verification badge, among other things.
Elon is one of the richest persons in the world and has had much success with his companies Tesla and Space X. Not everyone likes Elon. I have mixed feelings about Elon. I like that he speaks his mind, that he is open to challenges and that he is not afraid to experiment. On the other hand, I find that he should handle the employees at Twitter with care and that he should be open to criticism. I want him to succeed. I want Twitter to succeed.
Twitter is my favourite social media platform. Twitter is simple, real-time and minimalist. I enjoy following trending topics and being part of events through Twitter. I started using Twitter on MAR 19 2008 (14.67 years since). My first tweet was "Just because everyone else is doing it." Twitter was started in 2006 by Jack Dorsey and Biz Stone. They gave themselves 2 weeks to develop an MVP. There is an early sketch of the Twitter idea on Jack's flickr.
Twitter gives us a voice. Twitter has brought the world together. The World Cup is starting on the weekend and Twitter will be the center of how many persons enjoy the World Cup. The outpouring of love as Twitter and Elon face their challenges is proof to me that Twitter has been a positive force for many. Twitter cannot be replaced. One of the best advice that I have received and that I have shared several times is something I came across on twitter. Dr Tariq Khokhar advises developers to make something that people will miss if it went away at the Developing Caribbean conference in 2012.
Tech

December 08, 2022
The latest Stack Overflow survey results  is out. I wish we had a similar survey for Trinidad and Tobago and the region. It is useful to get a sense of what developers are wanting, what they are using, the challenges and so much more. Software developers form a large group of the tech ecosystem. The hardware is useless without the developers. Quality systems and processes take skillful developers. I looked through the survey results and these are my quick takeaways - Many persons are choosing coding as a career path - Perl language has lost its popularity in the developer space to other languages. This has been for some time. But Perl developers are highly paid and in demand. So you can make some money by learning an older language. - Trinidad and Tobago had a measely 20 persons complete the survey. This is unacceptable. - 53.06% of respondents started coding between 11 - 17 years of age. This fits with my idea that coding should be mandatory in Secondary school. - 91% of all responden
Read more

December 02, 2022
It is not easy to write a blog post and say I suffer from mental illness. It feels like this is something I should keep to myself. There is certain amounts of stigmatisation. From my experience workplaces in Trinidad need to be more open to hiring mentally ill persons. Persons should not be afraid to say that they are mentally ill and would require certain allowances like work from home, time off for monthly clinic visits, paid sabaticals and enclosed cubicles for example. In general we need better allowances for the differently abled in Trinidad and Tobago. The disability grant that the differently abled get is not enough to get by. It assumes that you have a place to stay or you are living with your parents. At the very least the government should be making incremental increases. Also special provisions can be made for dental work, wheel chairs, other equipment and other needs. TATT for example has a great subsidy program of $600 towards the purchase of a smart phone for the differen
Read more

November 24, 2022
I was scrolling through Facebook and came across a post stating that according to a leaked memo we will see eSIM launched by Digicel tomorrow https://www.facebook.com/622328941183335/posts/ eSIM is a chip embedded in your mobile phone rather than a physical removable plastic piece that we currently use in Trinidad. The US version of the iPhone 14 only supports eSIMs and locals are used to ordering their iPhones from the US. Hopefully this spurs on bmobile to quickly follow. A search on Digicel's website lead me to this article that gives official information such as "eSIMs will officially launch on 25th November, 2022." Check to see if your phone is supported and decide if you want to switch https://support-tt.digicelgroup.com/hc/en-us/articles/9950628857485-Digicel-eSIM
Read more

How can you make money online in Trinidad and Tobago?

April 04, 2022
This is a common question. Maybe you are now out of school. Maybe you are looking for a side hustle. Trinidad and Tobago has good internet infrastructure and good options for high speed broadband internet and mobile internet. We have cheap electricity. We have free education. We have no taxes on computer equipment. We have an enabling environment for persons who want to make money. One question that will arise as you make plans for your hustle is how do you accept payments online? Services like Paypal are not officially supported in Trinidad. Wipay is an alternative that was started in Trinidad. If you are getting paid through Youtube and adsense you can have a check mailed to you. If you are working for a remote employer you can have them wire transfer your salary. If you are advertising your services online, it helps to have a strong online presence. Make it easy for potential clients to find you and interact with you. There are freelance services marketplaces like Fiverr. There are
Read more