My experience with Termux and NodeJS on Android

April 18, 2020
The first thing I did was install Termux from the play store. Termux provides terminal emulation and a linux environment. Read that I should install updates
$ apt update && apt upgrade
Next I installed nodejs
$ apt install nodejs
Next I needed an editor to create my code files. I decided for an external editor and shared external storage. By default Termux uses app private storage. Shared external storage needs to be setup as follows
$ termux-setup-storage
This creates a $HOME/shared folder in Termux that links to Internal storage in Android file manager. I created a folder called WEB/nodeapp for my project in there. Next I needed a code editor app. For that I chose Quick Edit.
Next was to create my starter node project
$ npm init
I got the following warning message, "npm WARN npm npm does not support Node.js v13.0.0". I fixed this by upgrading npm.
$ npm install -g npm
Next was to create my server.js code and test it.
var http = require('http');
http.createServer(function (req, res) {
res.write('Hello World!');
res.end();
}).listen(8080);
$ npm install
$ npm start
I got an error, "npm ERR! nodeapp@1.0.0 start: `node server.js` npm ERR! Exit status 1". The error message also listed a log file to check for details but I ran the code directly to see the error.
$ node server.js
I got the following error, "Error: listen EADDRINUSE: address already in use :::8080". I change the port to 3000 and that fixed it. 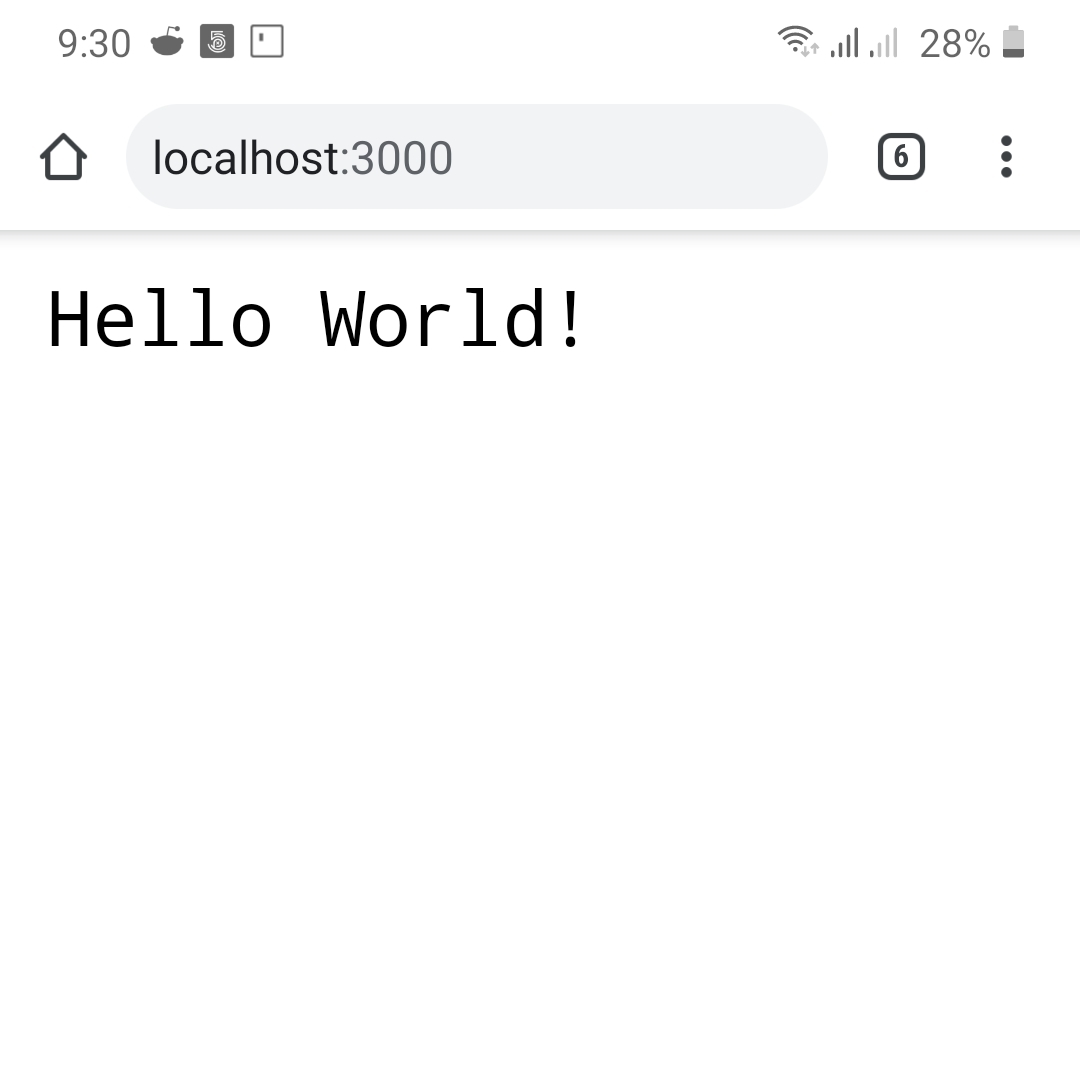 This is some exciting stuff to me. Didn't think that so much coding could be done on Android before I switched to a mobile workflow for my blogging. There is an app that can be used to specifically run nodejs code called Dory - node.js that I will look at in future blog post. I like termux because I can setup other coding languages like C++ and Ruby. Share your experiences with us in the comments below.
Coding