Running a web server on my Android

April 17, 2020
I have never attempted this before. I was deciding on what to blog about today and it occured to me that this would be a fun project and blog post. The first thing I had to do was see what apps were available and I was looking for apps where I would not have to do any rooting of my android device.
I searched the play store for "web server", looking at number of installs for popular apps. Then for free options and then the reviews. No quick obvious option so now I turned to a google search for "android web server".
HTTP server powered by Apache seems like a popular and useful option but I get, your device is not compatible with this version in the play store. My mobile is a Samsung M30 running Android 10.
I also came across Tiny Web Server which I decided to try. It's simple but I can review other options in another blog post. Today I just want to get started. I installed the app and was greeted with the warning, "this app was built for an older version of Android and may not work properly. Try checking for updates or contact the developer."
I opened up my file manager app and created a folder called WEB and used that folder as the server path in the app. I then clicked on start server. I went over to the Chrome mobile brower and opened up url localhost to see what would happen. The browser returned, "This site can’t be reached localhost refused to connect. Try: Checking the connection ERR_CONNECTION_REFUSED". I then tried the ip address. Same thing. I then decided that I probably needed an index.html.
I then installed HTML editor by Subedi and created a simple index.html in the WEB folder. After a short while of trying I realised that you have to specify the complete URL with port and file name to see the web page. For me that was http://192.168.0.15:8080/index.html 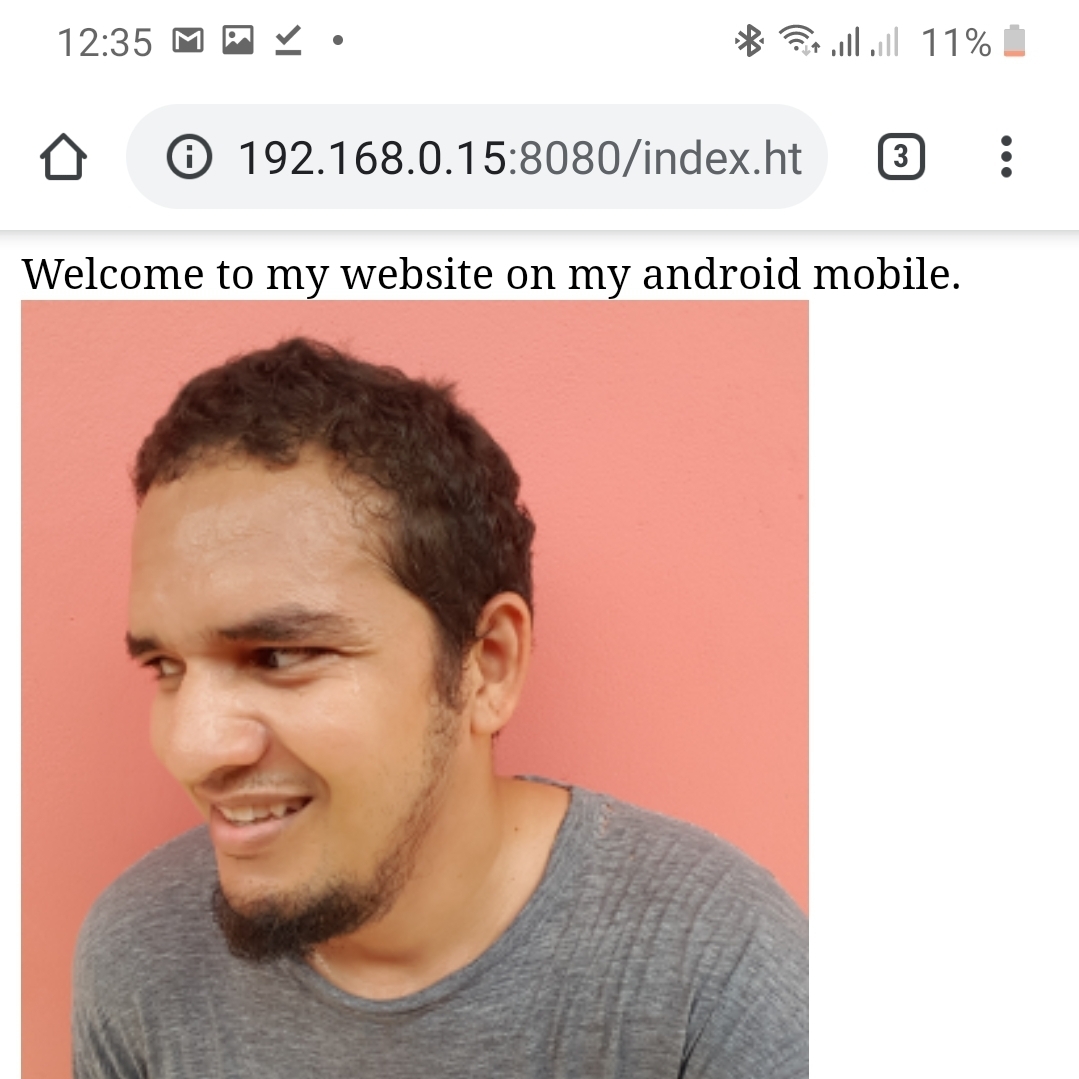 Then I tested if it could handle a javascript alert. It worked. What I realised now though, was that I had to restart the server whenever I made changes. Also, without specifying filename in url the server serves up a directory listing.
So that was my first and quick attempt at serving static website content from my android smartphone. In a future blog post I will look at doing more with this project like using the No-IP.com app to map ip address to a named url.
Coding